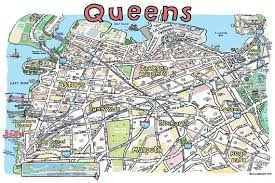 Caribe Funeral Home, we are the leaders in mortuary funeral shipping service provider in Queens NY. We provide Mortuary Shipping in Queens NY that is comprehensive and complete for any need. The process includes registration with any airlines the funeral home plans to use, as well as an inspection and payment of an inspection fee. We can transport human remains within couple hours to any place in New York or we can come and pick up any place in New York and bring anywhere you wish, our funeral directors can quickly make arrangements for your loved one to get home to you. We will coordinate everything on your behalf, and with our knowledge, contacts and expertise, can guarantee you the safe and dignified transportation of your loved one at the most economical cost.

We understand that this is a difficult time for you and your family, and we want to show you our deepest sympathy and respect throughout the entire process. Our funeral directors are dedicated to shipping your loved one back home with the utmost care and consideration. We are available 24/7, 365 days a year to speak with you about our national funeral shipping services, or to answer any questions you may have. Caribe Funeral home located minutes from JFK airport and 40 minutes from LaGuardia Airport. Please contact Caribe funeral home for more information about our funeral dead body shipping Queens NY and shipping services from Queens NY, call us today at 718-444-1212.

When someone you loved passes away, it is a very painful time for whole family and friends; however, it can be even more difficult if a loved one passes away while away from home. At Caribe Funeral Home, we provide national dead body funeral shipping from any city in Queens to any place in United States or international. Our funeral directors want to make the grieving process as painless as possible for you and your family members by providing a way for your loved one to return home to his or her final resting place.

If flying or transport a dead body is expensive for you – we can customize the transportation option of arranging a direct cremation at the place of death, and then transportation of the ashes back to the family.

Queens is a New York City borough on Long Island across the East River from Manhattan. Flushing Meadows Corona Park, with the Unisphere, a 12-story 1964 World’s Fair globe sculpture, hosts the annual U.S. Open tennis tournament. The park’s Queens Museum is known for the “Panorama,” a building-for-building model of New York City. Nearby Citi Field is the stadium of pro baseball team, the Mets.

Residents of Queens often closely identify with their neighborhood rather than with the borough or city. The borough is a patchwork of dozens of unique neighborhoods, each with its own distinct identity:
Flushing, one of the largest neighborhoods in Queens, has a large and growing Asian community. The community consists of Chinese, Koreans, and South Asians. Asians have now expanded eastward along the Northern Boulevard axis through Murray Hill, Whitestone, Bayside, Douglaston, Little Neck, and eventually into adjacent Nassau County. These neighborhoods historically contained Italian Americans and Greeks, as well as Latino Americans.
Howard Beach, Whitestone, and Middle Village are home to large Italian American populations.
Ozone Park and South Ozone Park have large Italian, Hispanic, and Guyanese populations.
Rockaway Beach has a large Irish American population.
Astoria, in the northwest, is traditionally home to one of the largest Greek populations outside Greece, it also has large Spanish American, Albanian American, Bosnian American, Bulgarian American, Croatian American, Romanian American and Italian American communities, and is also home to a growing population of Arabs, South Asians, and young professionals from Manhattan. Nearby Long Island City is a major commercial center and the home to Queensbridge, the largest housing project in North America.
Maspeth and Ridgewood are home to many Eastern European immigrants such as Romanian, Polish, Serbian, Albanian, and other Slavic populations. Ridgewood also has a large Hispanic population.
Jackson Heights, Elmhurst, and East Elmhurst make up an conglomeration of Hispanic, Asian, Tibetan, and South Asian communities.
Woodside is home to a large Filipino American community and has a “Little Manila” as well a large Irish American population. There is also a large presence of Filipino Americans in Queens Village and in Hollis.
Richmond Hill, in the south, is often thought of as “Little Guyana” for its large Guyanese community.
Rego Park, Forest Hills, Kew Gardens, and Kew Gardens Hills have traditionally large Jewish populations (historically from Germany and eastern Europe; though more recent immigrants are from Israel, Iran, and the former Soviet Union). These neighborhoods are also known for large and growing Asian communities, mainly immigrants from China.
Jamaica Estates, Jamaica Hills, Hillcrest, Fresh Meadows, and Hollis Hills are also populated with many people of Jewish background. Many Asian families reside in parts of Fresh Meadows as well.
Jamaica is home to large African American and Caribbean populations. There are also middle-class African American and Caribbean neighborhoods such as Saint Albans, Queens Village, Cambria Heights, Springfield Gardens, Rosedale, Laurelton, and Briarwood along east and southeast Queens.
Bellerose and Floral Park, originally home to many Irish Americans, is home to a growing South Asian population, predominantly Indian Americans.
Corona and Corona Heights, once considered the “Little Italy” of Queens, was a predominantly Italian community with a strong African American community in the northern portion of Corona and adjacent East Elmhurst. From the 1920s through the 1960s, Corona remained a close-knit neighborhood. Corona today has the highest concentration of Latinos of any Queens neighborhood, with an increasing Chinese American population, located between Elmhurst and Flushing